Cart …
View basket “Goo Goo Fuzz” has been added to your basket. 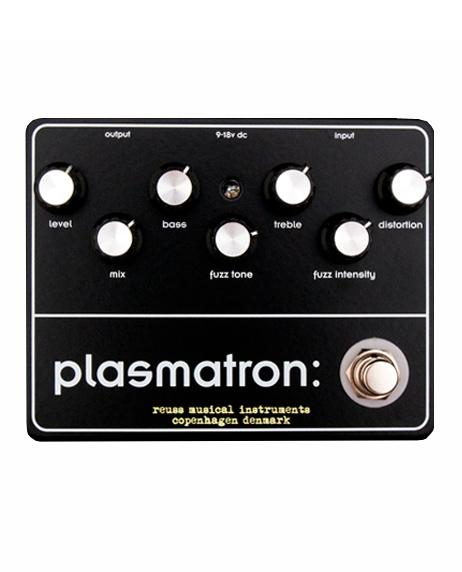 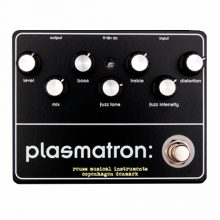 The Mogwai front man Stuart Braithwaite is well known for his use of the obscure 1990s F*b Tone distortion as his main dirt pedal. The Reuss Plasmatron pairs a F*b Tone based circuit up with an opamp B*g M**f based circuit in parallel to vastly expand the sonic possibilities.

The F*b Tone is a very unique and extreme distortion effect, delivering a great sounding, massive and intense full-frequency wall of distortion. Unfortunately the original pedals were poorly constructed with cheap jacks and pots and a bad and unreliable foot switch. Those parts are obviously easily fixed, but the Plasmatron is much, much more than merely a high quality boutique Fab Tone clone.

To expand the noise textures even further, Stuart Braithwaite suggested we paired the F*b Tone up with a another favourite of his, the 1970s “opamp” (IC) Big M**f. This is a very different cirucit from the classic, transistor driven BMs, and an great sounding fuzz, also favoured by Billy Corgan of The Smashing Pumpkins.

What is special and unique about the pairing of the F*b Tone and opamp BM based circuits in the Plasmatron is, you don’t get a traditional two-in-one pedal. One running into the other (stacked). Instead we put them in parallel, so that the input is split into the two imdividual circuits, and the outputs of these are combined in a mixer. The MIX control of the Plasmatron gives you pure F*btone all the way counterclockwise and pure opamp BM all the way up – and any blend of the two in-between. This gives a vast range tonal options – and some totally unique new noise textures.

One weakness of the original F*b Tone circuit is that you can’t really adjust the amount of distortion. It’s pretty much full-on all they way of the range of the distortion control. We fixed that, so inside the Plasmatron pedal, there is a switchable option to reduce the pre-gain of the input stage of the circuit, and by that achive a full range of the distortion control, from little distortion to the massive sound it’s famous for. So there’s some completely new sounds at hand from that feature too, not found in an original 90s pedal.

We also did a little mod to the opamp BM circuit by adding a ‘tight’ switch inside the pedal. By activating this switch, you can reduce some of the ‘boomy’ low-end of the original circuit for a tighter sound.

The graphic design of the Plasmatron is done by Aidan Moffat of fellow Glasgow indie band, and Mogwai label mates, Arab Strap.

Stuart Braithwaite has been a Reuss pedal user through many years, going back to 2014. The Goo Goo Fuzz, Repeater Fuzz and Silver Balloon have all been delivering Mogwai tones through the years.

Be the first to review “Plasmatron” Cancel reply