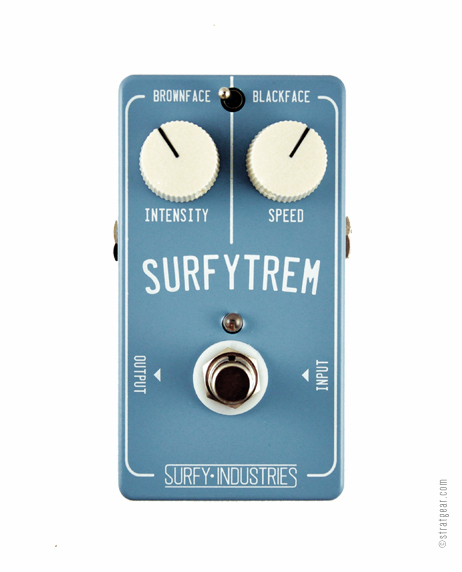 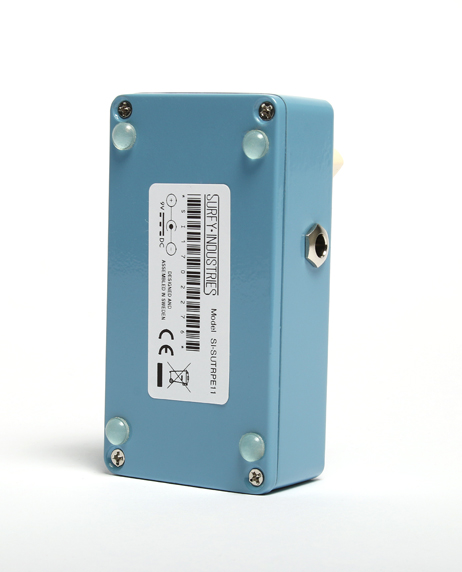 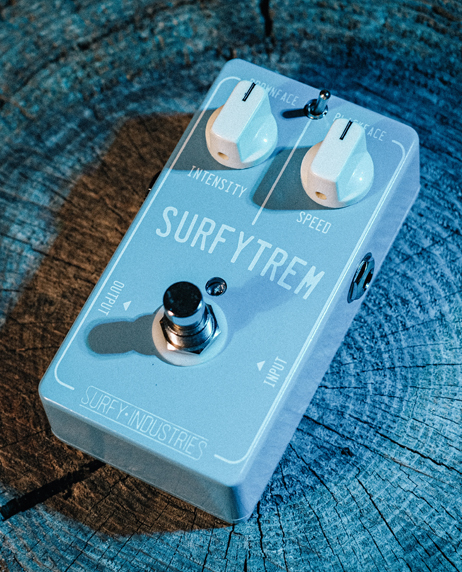 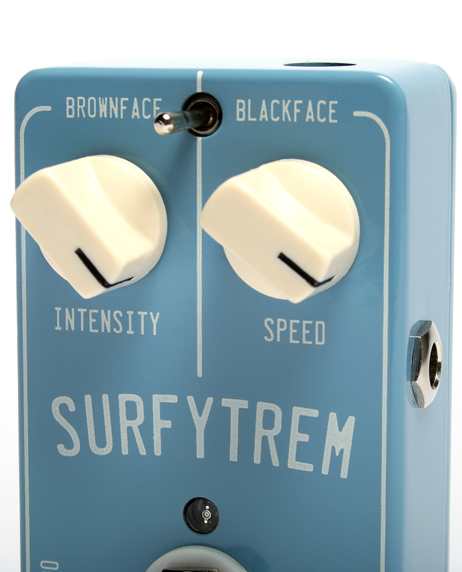 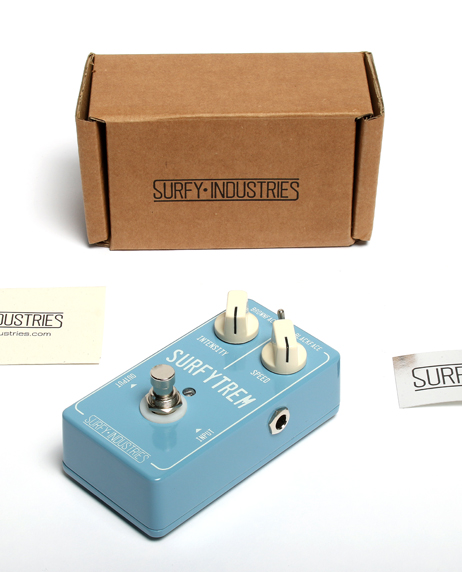 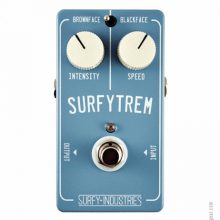 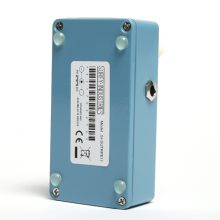 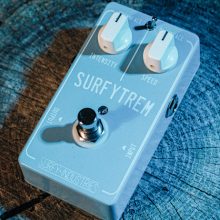 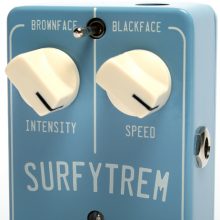 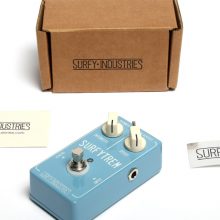 This effect is built to recreate the sound of the famous “vibrato channel” of the vintage Fender® amplifiers. It is not a digital effect. The sound from the pedal is gently warmed up, a tiny darker than the dry signal, and features 2 different settings: BROWN and BLACK.

BROWN
Imagine the incredible tone out of a Fender® 1961-1962 Showman® amplifier (second channel) with its beautiful and sweet harmonic tremolo voice. This has often been called THE tremolo, imitated by many throughout the years, but equal to none. The signal floats on the harmonic wave, moving up and down, alternating highs and lows. It can be compared with the effect of a rotating speaker in a Leslie system. This kind of tremolo has one great feature: it’s dynamic adaptability. When the melody is slow and intense it pushes its vibrating soul and the tone becomes especially rich and deep, but if you change the mood and the sound becomes aggressive and loud, the effect is almost absorbed and stands back, maintaining the full attack of the guitar. In this mode, the extreme dynamics of the tremolo follow the style of playing and enhance the sound without interfering.

BLACK
In 1964 Fender® introduced the Blackface amplifiers series, gaining a cleaner and brighter sound compared to the Tweed/Brownface models. They used a different kind of tremolo, well known since the ’50s, in which the signal is moved alternatively in and out, a sort of on/off feeling, resulting in a more efficient and audible effect. This functionality is also known as “amplitude modulation”. This tremolo really stands out when needed and cuts through the mix easily and loudly. It is not as dynamic on the melody, but if used in a solo, for example, it really “frees up” the guitar sound, giving it depth and length. This is certainly a more common effect and it probably requires less experience than the harmonic tremolo to be used properly.

NO TRUE BYPASS
Is a vintage amplifier true bypass? Changing the tone a little bit is part of the game here and we wanted to keep it so. We did not invent a new effect, our purpose is to allow everybody to enjoy that sound without carrying around a heavy and expensive instrument.

Be the first to review “SurfyTrem” Cancel reply