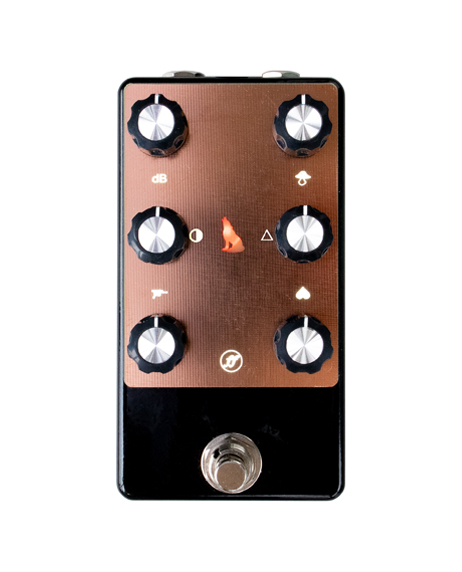 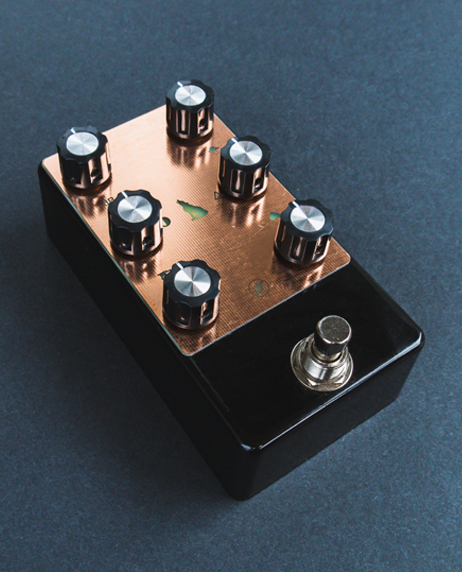 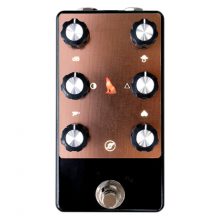 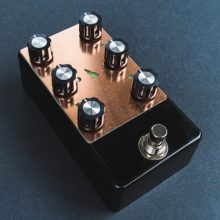 FENRIS sprung out of a collaboration with legendary bass boy Bent Sæther.
He wanted the ultimate super-fuzz based fuzz, and through multiple iterations, two pedals emerged, this one being the most beastly and aggressive fuzz we’ve ever created.

Both pedals use the preamp found at the dry input of the good old Space Echo tape machine and we’ve added and subtracted a bunch of parts from the original circuit to make this thing its own creation. It still maintains its super-fuzz/standard-fuzz/hyper-fuzz language tonally, but it has become a much more flexible and useful device.
For recording it really comes into its own as a platform for all the weird and wonderful fuzz sounds you could ever need and live, you can make it do the most explosive, wild and thick fuzz sounds you’ve ever heard.

It has six knobs. Volume and gain do as you expect them to, but the internal gain in the circuit is so massive, you may find yourself actually not cranking this pedal.
The knobs marked with a saturation icon and an upside down heart icon take care of a very flexible notch filter and with them, you can scoop and drag and twist and mangle the signal’s EQ curve, from impossibly deep bass, to aggressively nasty treble.
The mushroom knob, lifted from the EMBLA applies a mild, passive gate to the output stage, very useful for whenever you need to cut the noise between your played notes or just destroy your signal. The triangle knob indicates octaving. Put it in the middle for more octaving, put it to either side for less.

Current draw is quite high as we’re using logic based relay switching. 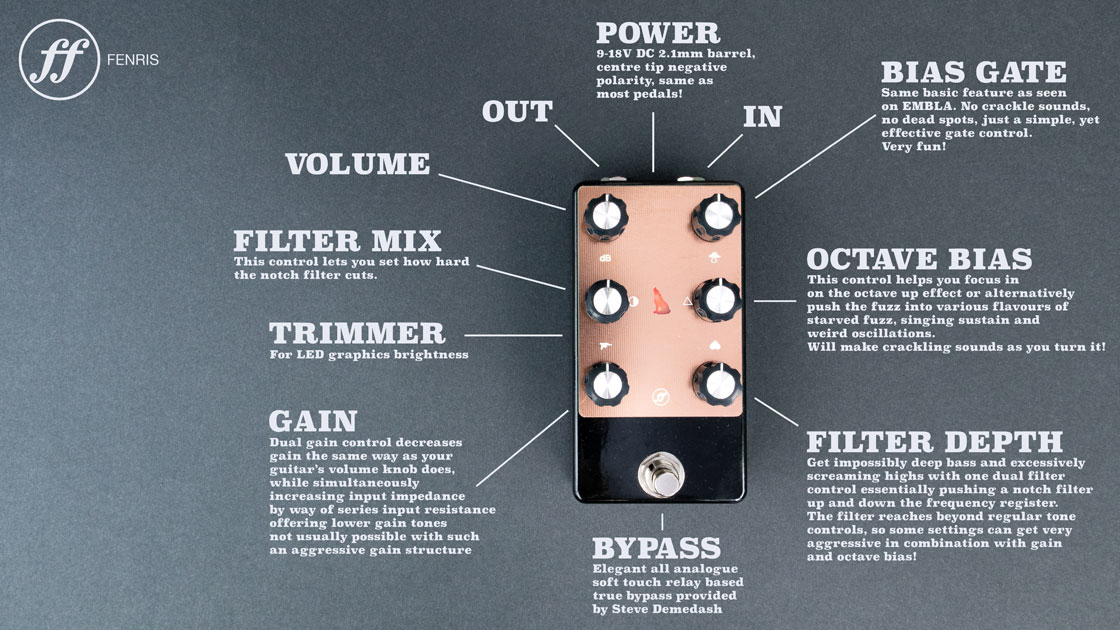 Be the first to review “Fenris” Cancel reply