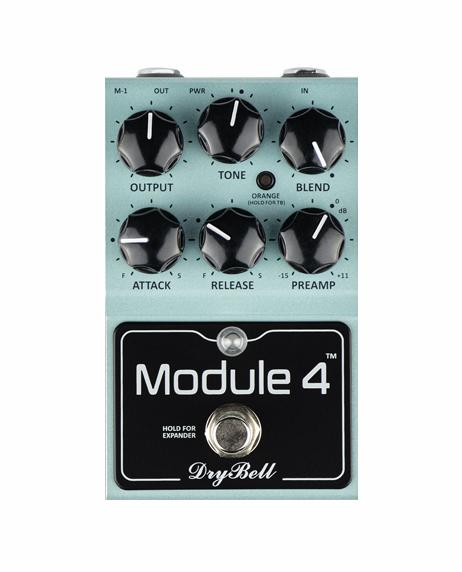 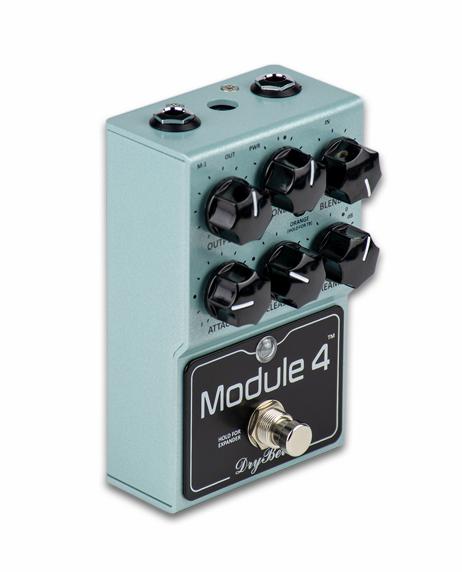 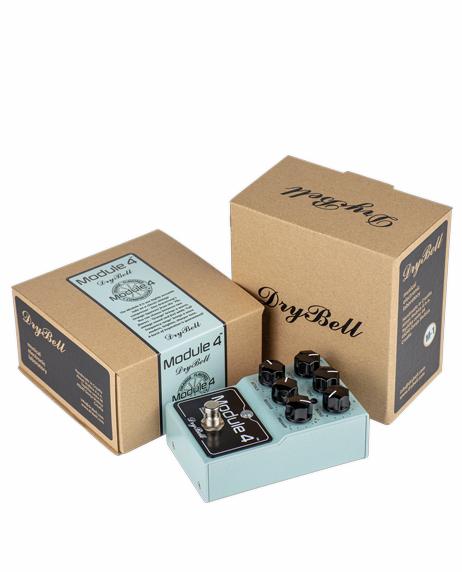 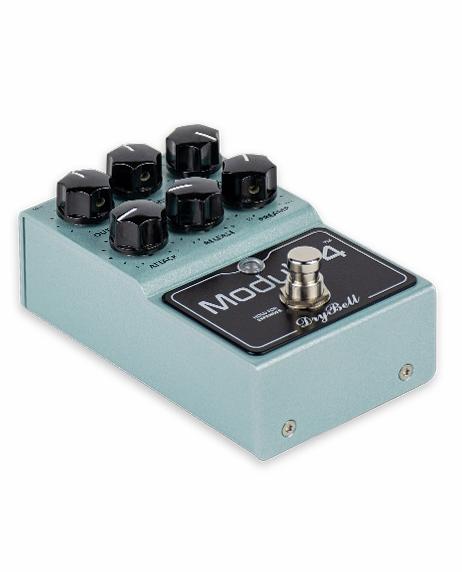 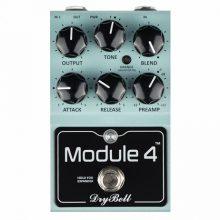 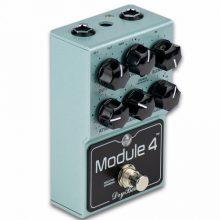 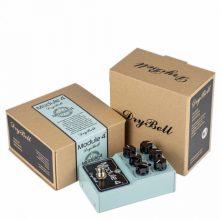 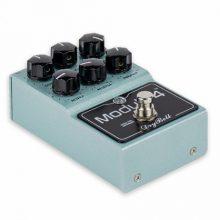 The Module 4™ is our highly versatile take on a classic vintage compressor – Dan Armstrong’s Orange Squeezer from the ‘70s.

The Module 4™ is our highly versatile take on a classic vintage compressor – Dan Armstrong’s Orange Squeezer from the ‘70s. Some people may know this, but two interesting facts contribute to the unique tone, player’s feel and iconic character of this type of compressor. Direct cable connection between the electric guitar (pickup) and the Orange Squeezer’s (OS) front-end circuit results in a specific EQ change – a shift in the mid and top end frequencies. This provides a pleasant vintage tonal character, similar to low impedance inputs on some other types of gear. On top of that, the frequency shifting is controlled by the player’s pick attack; you can feel this warm dynamic tone response while playing. In other words, the OS unit acts as a kind of envelope followed EQ. This combination of unique signal EQ ‘treatment’ followed by a precisely biased vintage JFET compressor is the key to this historic tone and feel. This is the reason why guitarists love this unit and why it’s used on so many great records in rock and roll history. The Module 4 has the same spirit in its analog core. But, it’s equipped with several useful, colorful and practical options, all packed into our new enclosure line.

A little bit about the Orange Squeezer’s history

Back in the 1970’s, an American guitarist, luthier, and session musician Dan Armstrong developed a whole series of small, box-shaped guitar effects. The original units are collectible, hard to find and therefore pretty expensive. They were designed with a plug which was meant to be inserted directly into your guitar. One of them is called the Orange Squeezer, a cult vintage compressor and one of the most popular units in the lineup. In the vast sea of compressors, the Orange Squeezer has its own special place in the hearts of many musicians. It became legendary for its unique colorful compression which can be heard on countless recordings throughout the decades, most notably by Mark Knopfler of Dire Straits, Jeff “Skunk” Baxter of Steely Dan fame and Ry Cooder.

On the surface, the original Squeezer design is very simple, but its impact on the guitar’s tone is far from it, especially with passive guitar pickups connected directly to the circuit. Depending on the signal level of the pickups being used, it brings you a wide range of compression, from subtle to extremely squishy while adding sustain and quite a bit of grit to your tone. The OS attack & release settings were fixed internally. One great feature of the OS is its ability of stacking with different drive pedals. If used in moderate drive settings, the long sustain and multiple harmonics would evolve into note bloom resulting in beautiful feedback.

The original OS circuit varies in terms of sound from unit to unit and could be quite noisy at certain bias settings. When bypassed, the unit still changed some tonal characteristics and the (make-up) volume varied, all depending on the unit’s temperature, how it was adjusted internally and the pickups used. The usage of those little boxes was also limited, for example, they couldn’t be used with a Stratocaster because of the recessed output jack, unless modded. Also, later reissues weren’t very close to the original in terms of build and tone. But in essence, the Orange Squeezer’s tonal uniqueness in terms of pick-attack controlled EQ combined with a spongy organic compression, most noticeable with the single coils, is the key reason for the iconic status gained among many artists throughout guitar history.